Who would have thought that the algae that Professor E. G. Pringsheim, founder of the famous Goettingen Algae Collection, pulled out of a pond near the University of Cambridge (England) in 1940, would play a role in stress management in the digital age?

Due to its early isolation, Tetradesmus obliquus was studied in detail and numerous industrial applications in the field of food supplementation or biodiesel were tested.
However, we were particularly interested in its ability to protect itself from blue light, a modern threat posed by the use of numerous digital media.
Like most green algae, Tetradesmus protects itself from dangerous blue light by covering itself in a hull of carotenoids.

Nature designed them to catch up blue light photons and convert them into harmless warmth. A simple and ingenious trick to deal with threats, isn't it? We have isolated this protective cover and made it available for human skin with RADICARE®-GOLD. The most valuable and sophisticated anti-oxidant that nature has to offer. 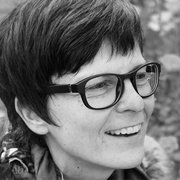